Today was our last day in Beijing and our last day with Mac and Toby and their girls. We have enjoyed spending time with them, laughing at WWBS and seeing more of Beijing.

We loaded up our bags and headed towards downtown. On our first day while we were visiting the Bell Tower and the Drum Tower we stopped at this bakery and got the most Egg Tarts. I was not too sure about these tarts, but Mac asked if I wanted to try them and I thought ‘when in Rome’ so I took a bite. It was like nothing I had ever tasted before! They were So good! Since it was our last day here, we made a special trip down to this little bakery so we could enjoy these amazing egg tarts one more time. They didn’t disappoint!

We then headed towards the Silk Market. Our friends has a friend who owns a pearl store and told us if we were in the market for pearls we should buy from her as she will give us a very good price. We made our way to Marie’s {If you are ever in Beijing at the silk market you should go there}. I was very excited to see this really pretty natural silver pearl. {Side note, Adam and I had agreed that we would not purchase anything for each other for our 10 year anniversary, we would wait and get something in China}. I am very glad that we did because my $40 silver pearl necklace is beautiful! It was amazing to watch them hand tie each individual pearl.

After they finished my necklace, we headed to find some Beijing duck. We found a place to eat lunch {although the restaurant was a knock-off of one that our friends frequent, but that’s a whole other story}. We ate lunch and then headed off to the train station.

When we were approaching the train station I had no idea it would be as big as it was. It was HUGE and a bit intimidating! We found the drop-off and it was a really quick get-out-of-the-car-grab-your-stuff-before-someone-runs-you-over-quick. It was a bit chaotic and crowded, but we managed. We found the door to enter in and gave the lady our ticket. She checked our passport, scanned our ticket and gave it a stamp and we were off. Next was the security checkpoint. It was like all the other ‘security’ checkpoints here in country, you put your bags on the belt, it goes through the machine, nobody looks at them, you walk through the metal detector {it may beep or not} but doesn’t matter nobody looks and then you grab your bags. We got to the other side, found out where we needed to go and headed to the waiting room to catch our train.

I can say with absolute certainty that we were the only westerners in the train station, which didn’t bother me, but knowing you can’t communicate with anyone is a different feeling. We have learned from all our other line up to get on a transportation device, that you don’t wait until you are called, when you start to see a line forming, that is when you go get into line. We had about 10-15 minutes before we were supposed to line up, but the line started to form so we got in. When it was time to get on the platform, we inserted our ticket into the gate thing and then we were off with the masses to make our way to our train platform. Now came the tricky part, which car are we in and what it our seat number? I found someone who worked for the train and he told me we were on train car 2 {which is the very first car and a very long walk to get to}. The train had about 20 train cars which included regular seats, a dining car, first class seats and a spa. We found train car 2 now to find our seats. The lady on the train showed us our seats and we got our luggage put away. Thankful to made it on the train and on our way to Samuel’s city.

Now you might be thinking of just a normal train like we have back in the states, but we were on the bullet train {which reached max speed of 192 mph}. The train ride was very smooth and fast. We were served a snack and a coke for our enjoyment while on the train.

Taiyuan {Samuel’s city} it translated the city West of the Mountains. After our train ride we could totally see why it was given that name. We traveled through many mountains and even through some mountains. It was a pretty train ride through the countryside and farmland. We did however seem to loose power only 2 times, but after a few seconds we regained power and were back to traveling at a fast rate of speed.

After about 4 stops we finally made it to our destination, Taiyuan. We followed the crowd to the exit and looked for our guide. It was very crowded with people right at the exit, as it was raining and people were trying to stay dry. I saw the sign and hear our guide call out “Jessica Walker”. I wonder how she ever picked me out? Maybe it was because we were much taller than everyone or maybe it was because we were carrying 5 suitcases. At any rate, she found us and we headed out in the rain to meet our driver.

We made it to our hotel and the guide showed us where the 711 was {almost one on every corner} and where the Walmart was. She said something about we can see from our hotel the Walmart and something else we couldn’t understand. We arrived at our hotel and as soon as we walked in the door we could hear ‘You’ve lost that loving feeling’ live from the lounge in the lobby in English. Not what we expected to hear.

We got checked in, our guide showed us our room and walked right over to the window, opened up the blinds and very excitedly showed us that she asked for a room facing the Walmart, just for us. Thank you? Why she thought we wanted to see the Walmart instead of the park… who knows.

We got settled in and now its time for bed. After tonight, 1 more sleep until we meet Samuel. Its crazy that we are in the same town as our son has lived his whole life.

Tomorrow will bring adventures of its own. 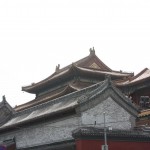 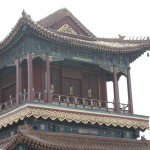 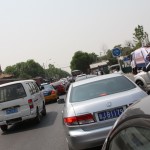 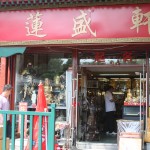 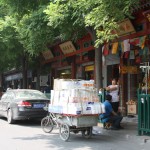 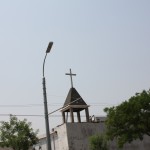 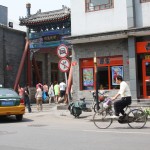 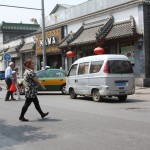 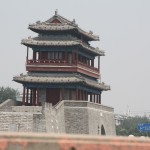 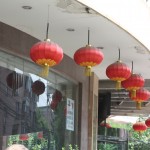 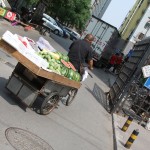 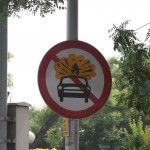 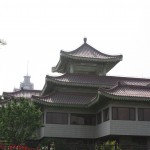 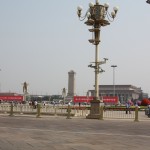 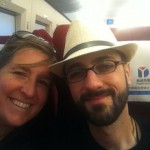 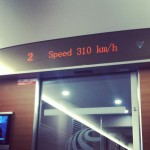